For its spectacular third year, JAZZ ON THE MOUNTAIN AT BLUE Founder and Producer, Arnold Schwisberg, has just announced the exciting headliner line-up for the 2015 festival:  Canadian sweetheart singer Nikki Yanofsky, a-capella sensations Naturally 7, and an incredible tribute to the band Chicago by Ontario’s own Brass Transit. 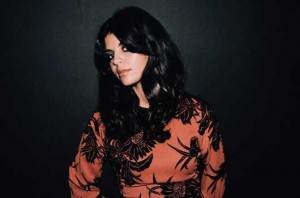 From her auspicious start as the youngest headliner in the history of the Montreal International Jazz Festival at 12, Nikki Yanofsky has covered plenty of territory over the last eight years.  She has topped both jazz and pop charts, performed with orchestras and big bands, and sold out festivals and major theatres around the world;  in 2010, she sang to 3.2 billion people – half the world’s population – at the Vancouver Olympic and Paralympic Games.  She has worked with luminaries such as Herbie Hancock, Phil Ramone, Will.i.am, Wyclef Jean, and Stevie Wonder. In 2014, Nikki had her highest album debut with her sophomore release Little Secret, entering the Canadian Album Chart at #4, #4 in France Digital Sales and #1 on the Jazz chart in both countries.  Executive produced by legend Quincy Jones, Little Secret combines popsong structures with sophisticated harmonies, club-ready beats with punchy big-band horns, and earworm hooks with scat singing solos.  It’s all held together by her powerful delivery, as well as a newfound sass.  Little Secret’s first two hit singles “Something New” and “Necessary Evil” has earned her huge acclaim globally including appearances on Dancing with the Stars and CBS’ The Talk and tours through Europe, Japan and Canada. 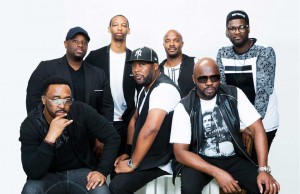 n the main stage will feature the unforgettable a-cappella group Naturally 7.  This seven-man crew is more than just your average singing group.  Its members have perfected an intriguing a-cappella style they’ve branded as “Vocal Play”—singing as instruments.  In its quest to celebrate the voice, Naturally 7 not only sings but also creates every backing instrument heard on its songs.  We’re talking drums, bass, guitars, horns, flutes … even down to turntables “Look at John Legend’s success with ‘All of Me,’ just him and a piano,” says Naturally 7 front man Roger Thomas.  “People really do want to hear the true essence of a song and the person’s voice.  It’s just a matter of being exposed to it.  When people eat fast food every day, at some point they’ll say, ‘I have to have something different.’  And we’re that something different.”  Some 8 million people have already cosigned Thomas’ sentiment.  Helping to spread the word:  compelling live shows drawing nightly standing ovations in Europe, the U.K. Canada, Australia, Asia and the U.S. during three world tours with song stylist Michael Bublé.  Naturally 7’s burgeoning resumé also includes an opening stint with hitmakers Coldplay, a No. 1 single in Germany with Sarah Connor, “Music Is the Key,” a top 15 album in Australia, 2006’s Ready II Fly, and 20+ million aggregated spins on YouTube.  Naturally 7 rose to prominence in 2007.  Jumpstarting their exposure:  a video of the group on a Paris subway train singing Phil Collins’ “In the Air Tonight” that went viral and exploded on YouTube.  After Bublé tapped the group as his worldwide touring partner, Naturally 7 has since headlined the Playboy Jazz Festival, played London’s Royal Albert Hall, performed at the BET Honors for Herbie Hancock and sang at Quincy Jones’ 75th birthday party in Montreux, Switzerland. 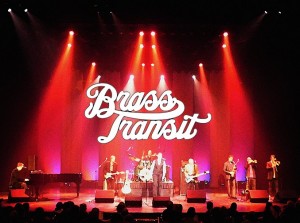 Closing out the festival on Sunday afternoon will be the incredible Chicago tribute band, Ontario’s own Brass Transit.  The band features a stellar horn line that faithfully recreates the sophisticated arrangements of the original group.  Guitarist Bob McAlpine shows incredible versatility, laying back for the quieter moments like “Call on Me,” then firing off searing licks that captured the spirit of original fret man Terry Kath, especially on their tremendous take of “Make Me Smile.”  Drummer Paul Delong is a monster, even doing a wild drum solo during a medley of “I’m a Man” and “Free.”   The person elevating the entire show into the stratosphere is vocalist Neil Donnell, with a multi-octave range which nails “Color My World,” soars on “Hard to Say I’m Sorry,” and is buoyant on “Saturday in the Park.” Brass Transit is as pleasing as they are artistic.

With more than 40 shops, restaurants and bars, and a vast range of accommodations, visitors to JAZZ ON THE MOUNTAIN AT BLUE can enjoy the music, an amazing array of amenities and attractions, and the endless choice of activities provided by a mountain playground.

Arnold Schwisberg
Jazz On The Mountain At Blue
Founder & Producer


Jazz on the Mountain at Blue acknowledges the generous support of the Province of Ontario: