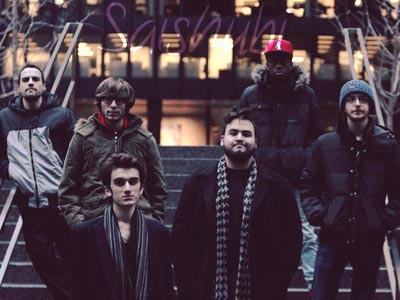 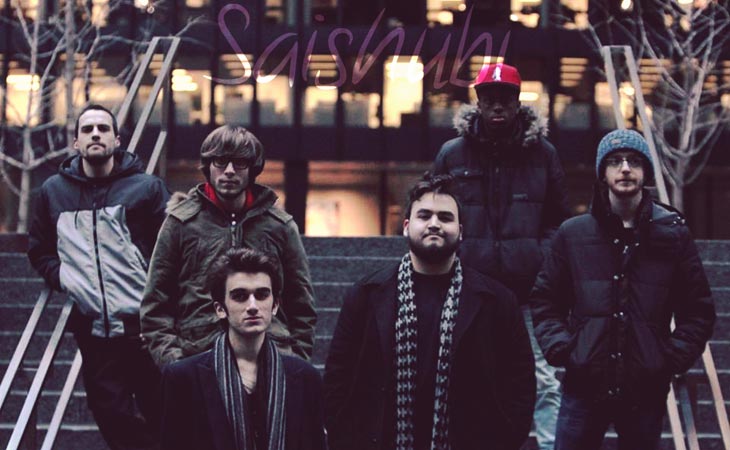 Music is an art form that has been so important to human interaction and emotion for as long as it has existed. In the 20th century, it shaped our cultures and societies so dramatically (and so differently in each decade)–more than it ever had before, and perhaps more than it ever will again. Recently, we feel music (and art in general) has lost some of that importance in our society. It seems technology is now bringing people together in the same magnitude music brought people together in the past.

In these times of distracted minds, multi-tasking bodies and virtual insanity, Saishubi is a group of people who want to bring the organic energy of music into people’s lives. To have a connection that isn’t always virtual Saishubi‘s main focus!

Six young men from Toronto make up the band Saishubi. It is a group that relentlessly plays original music, trying to spread their view of music as far as possible. Coming from a history of playing and loving R&B, the band’s leader and writer Sam Pomanti injects influences from Prince, Sly & the Family Stone, Stevie Wonder and D’Angelo, to prog-rock artists such as Steely Dan and Gino Vannelli, to pop groups like The Police or Peter Gabriel and more. Saishubi‘s music is a mosaic of many different influences from many different eras, which creates its appeal to people of many different ages.

Though the band is young, it has achieved a lot so far. In March 2014, the band was selected to record with iconic producer/engineer Al Schmitt at Humber College. In July 2014, the band opened for Motown group The Commodores to much acclaim! Saishubi performs regularly in Toronto and around the GTA, playing venues such as The Orbit Room, The Cameron House, The Drake Undeground, The Piston and The Rivoli, among others. The band just released its first album and first music video this summer, and is working on bringing their city and lands beyond much more very soon.