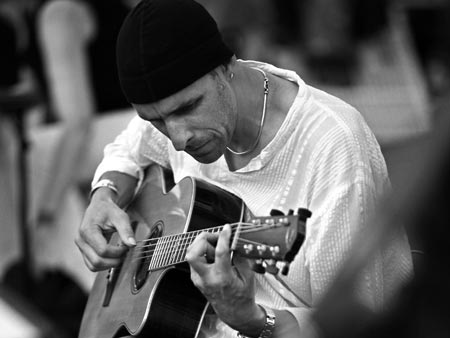 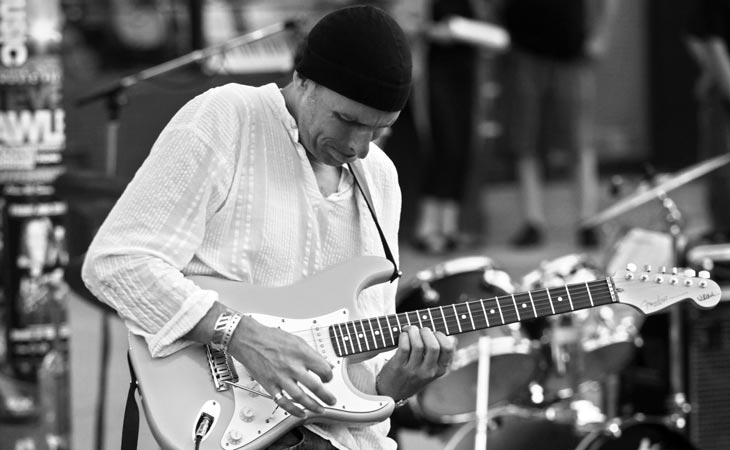 Like the human spirit, Ray Montford’s melodic original tunes are fuelled by a wild and raw beauty, inspiring haunting sonic canvasses that are equally rich in imagery, as they are powerful. Whether playing finger style acoustic or electric reminiscent of blues/rock masters, Ray is a soulful player who lets his instrument sing, wringing emotion from every note and with a textured sound all his own. He recently released his sixth studio album, Vintage Is Now, an evocative collection of originals steeped in a seamless mix of jazz, blues and rock.

Born in Ottawa, Ray began learning by ear and woodshedding with the great rock records of that era. After studying audio engineering, production, and performance in the Music Industry Arts program at Fanshawe College and doing a term in the music program at Humber, he began writing and recording his own music, and by 1995 was dedicating most of his priorities in that discipline. Between 1994-’97, he was the guitar player for the Rankins and from 1997-’99, Mary Jane Lamond. His compositions have been heard on National CBC radio and have been licensed for various television series. For more than 20 years Ray and his rhythm section featuring some of Canada’s best players, have played for audiences and loyal fans at music festivals, clubs, theatres, house concerts and private parties. They toured parts of Europe in 2001, shared the stage with the Tony Levin Band (alumnae of Peter Gabriel) in 2003 and sold out the Young Centre for the Performing Arts in Toronto for the release of A Fragile Balance in 2007. Recently, they played the Oakville Centre for the Performing Arts to a sold-out audience, the Oakville Jazz Festival (2010 & 2012), Markham Jazz Festival (2012), and the Canadian Guitar Festival (2009, 2011 & 2014).

Discography *Vintage Is Now (2012) *Live Sessions (2010) * A Fragile Balance (2007) * Shed Your Skin – 10th Anniversary Edition (1997 – 2007) * Live Imagery (2006) * Many Roads (2003) * One Step Closer (2000) * The Early Sessions (1991-2004). Ray has gratefully received support from the Ontario Arts Council, Toronto Arts Council, Factor and External Affairs as well as sponsorship from Totem Acoustic and Paradigm for his compostions, recording and performances. He has been a juror for the Toronto Arts Council’s Composer Program and twice for the Gemini awards. Periodically, he scores original music to picture.

“As hypnotic as a highway at night, always-moving, always-changing scenery, the kind of music you hear on an old car radio in the middle of nowhere.” – Denis Armstrong of the Ottawa Sun.